What can I learn from a genealogy? 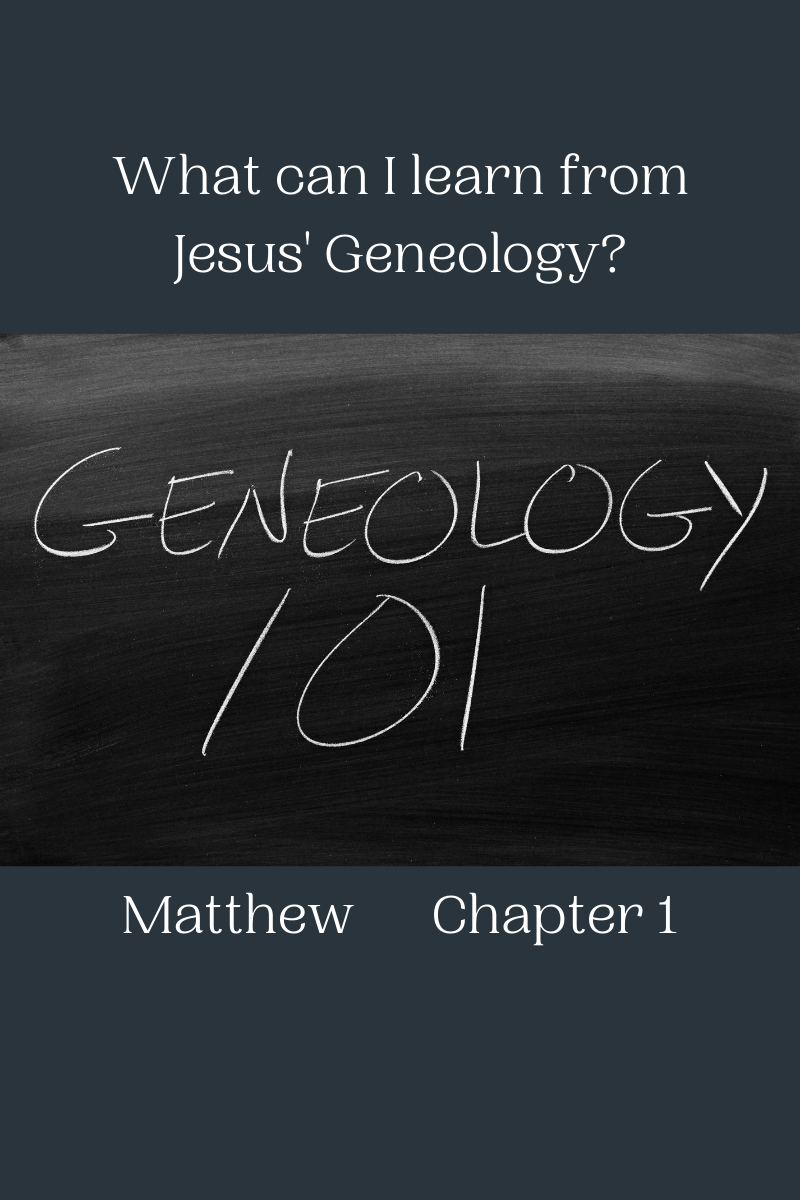 The Genealogy of Jesus Christ

The Birth of Jesus Christ

18 Now the birth of Jesus Christ[e] took place in this way. When his mother Mary had been betrothed[f] to Joseph, before they came together she was found to be with child from the Holy Spirit. 19 And her husband Joseph, being a just man and unwilling to put her to shame, resolved to divorce her quietly. 20 But as he considered these things, behold, an angel of the Lord appeared to him in a dream, saying, “Joseph, son of David, do not fear to take Mary as your wife, for that which is conceived in her is from the Holy Spirit. 21 She will bear a son, and you shall call his name Jesus, for he will save his people from their sins.” 22 All this took place to fulfill what the Lord had spoken by the prophet:

23 “Behold, the virgin shall conceive and bear a son,
and they shall call his name Immanuel”

(which means, God with us). 24 When Joseph woke from sleep, he did as the angel of the Lord commanded him: he took his wife, 25 but knew her not until she had given birth to a son. And he called his name Jesus.

Here are five things I observed from this chapter.

So, what should my response be to these truths?

Prayer: Thank you Father for being the Sovereign God of all there is. Thank you for being the Creator God of both time and space as we know it. Thank you for caring enough about us that you sent your Son, Jesus to die for our sins. Thank you for seeing us through each day and giving us daily grace to love you and love others during this tough time in our world. We worship you, our King. Amen